This beautiful 'Less is More' home is in the process of being renovated by Amelia and Max, a young professional couple beginning a new family. The house sits on a tiny lot in front of and adjacent to a row of stately homes facing a historic local green. From the beginning, our design discussions focused on not only meeting the complex spatial needs of a modern family but also how best to honor the scale and character of the original structure, its placement on the property, and the understated yet significant role it has played in helping define the neighborhood for decades. We chose to remove the existing kitchen and screened porch and work off the original cape, aware that we must avoid overwhelming it with a full second story addition as the remaining second story was essentially a dormered attic. Given these parameters we settled on the two story gambrel addition (second story also primarily roof) inspired by a vintage Cambridge, MA house Amelia found and fell in love with. We then added a one story enclosed porch at the north end in recognition of the original screened porch and topped it with a miniature rail in keeping with one found on a neighboring home. The couple’s willingness to invest in gold standard details and materials in many ways defines the new identity of this storybook home which stands out as a lesson in tasteful restraint. Amelia’s father, Bob and brother, Rob have served as general contractors for this outstanding project scheduled for completion July 2019. 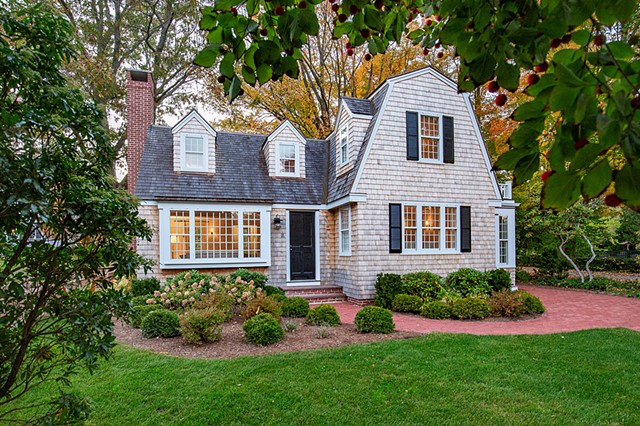 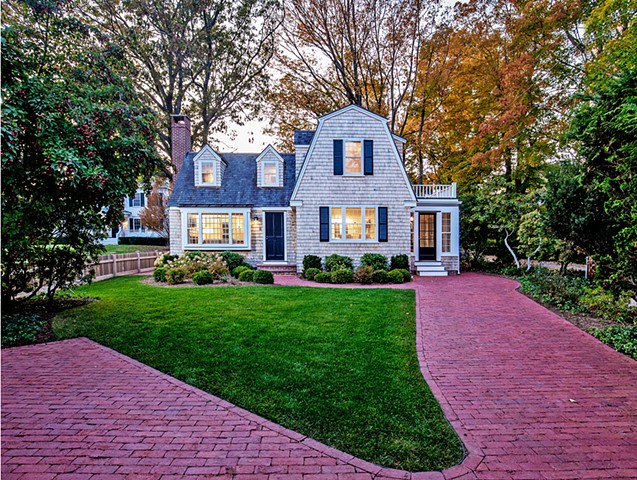 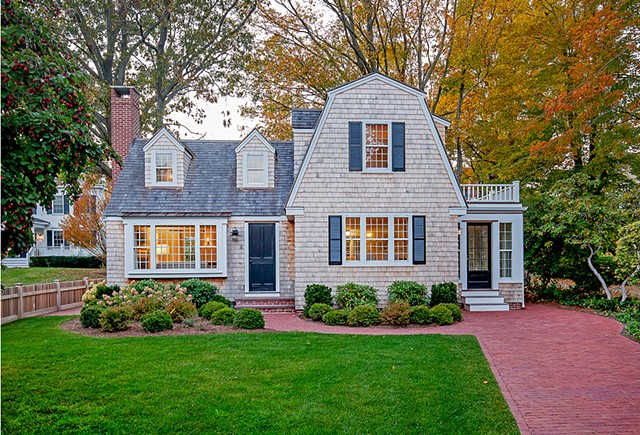 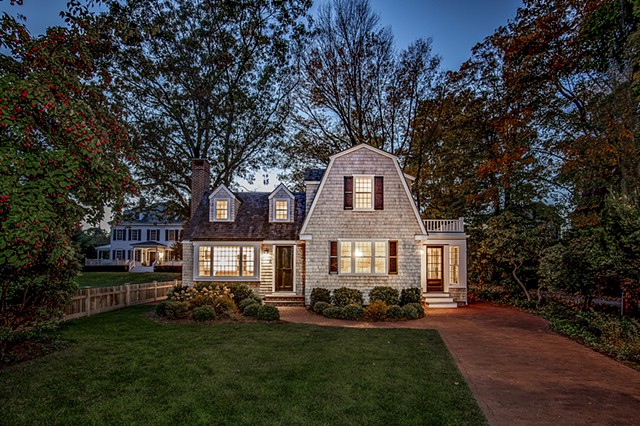 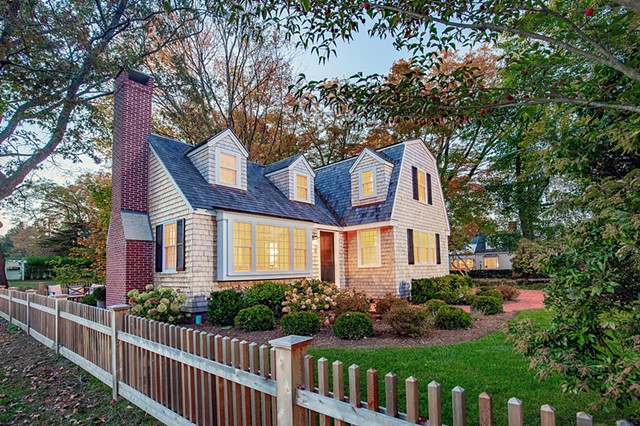 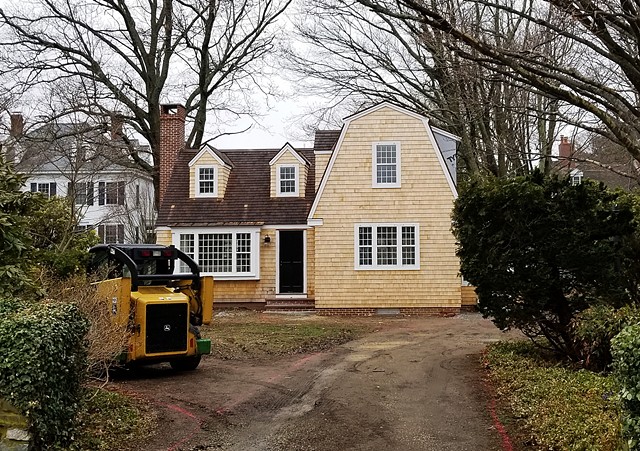 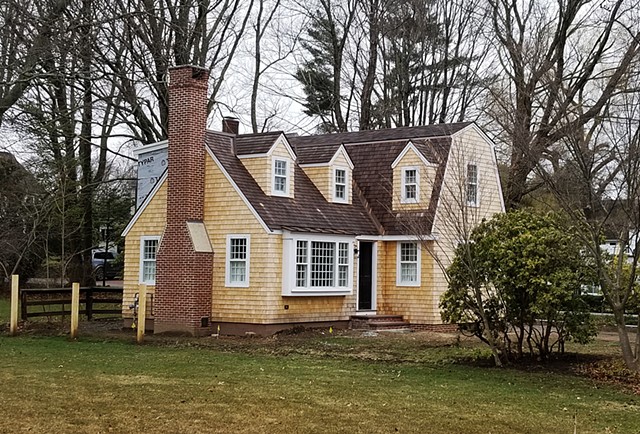 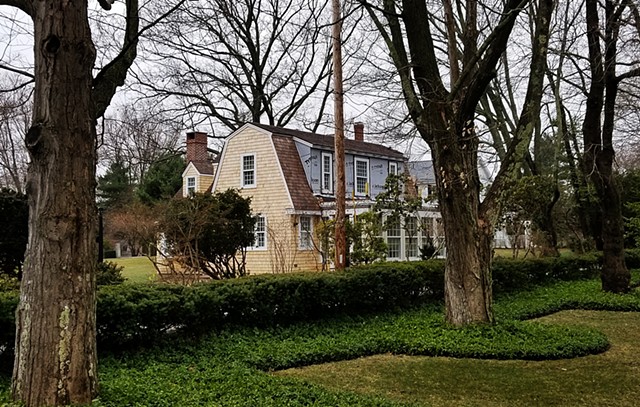 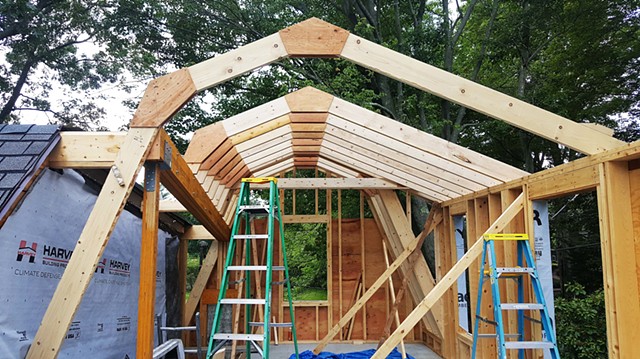 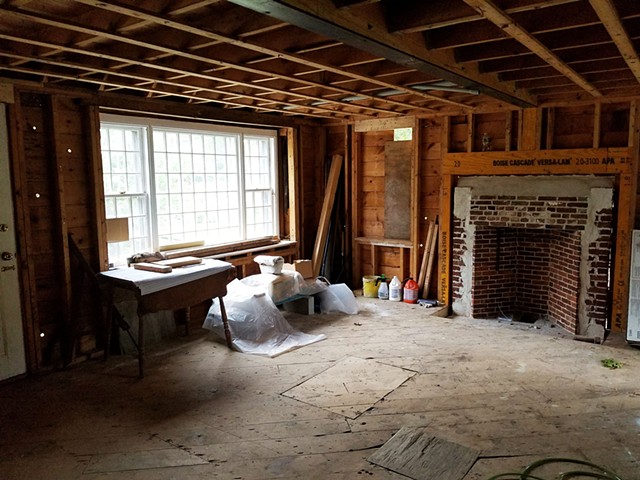 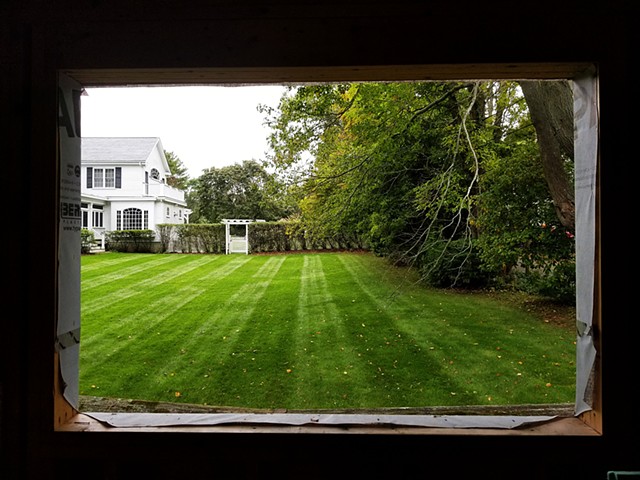 View From Kitchen Sink Under Construction 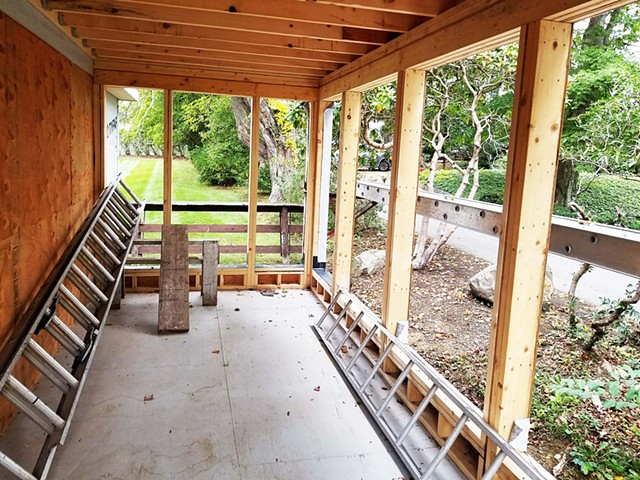 Side Porch Under Construction 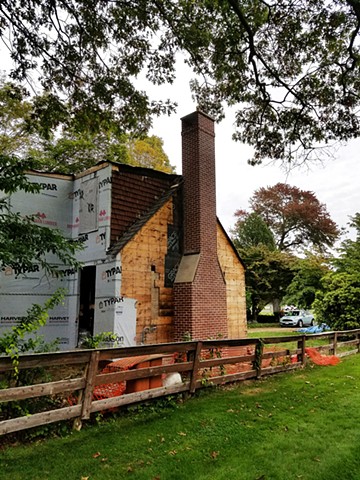 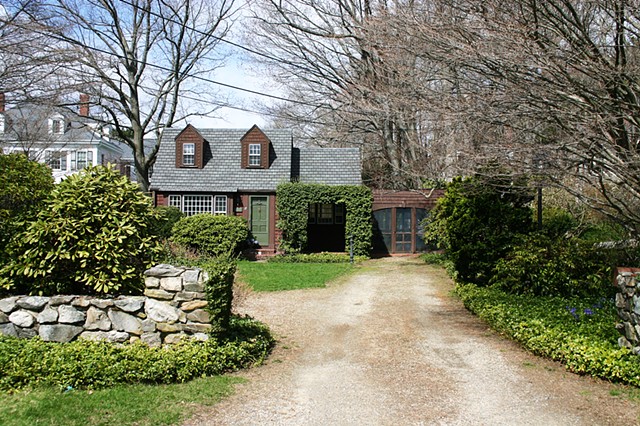 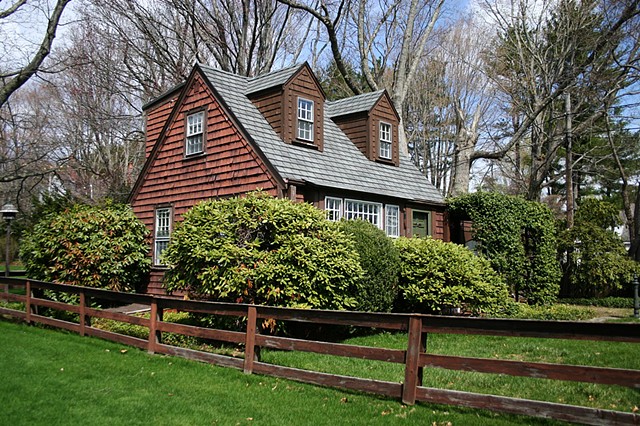 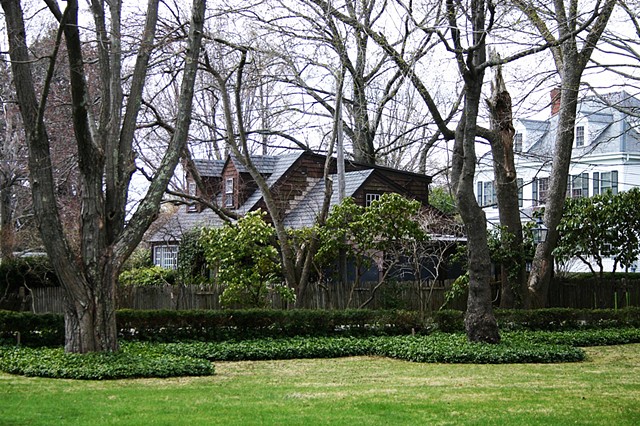 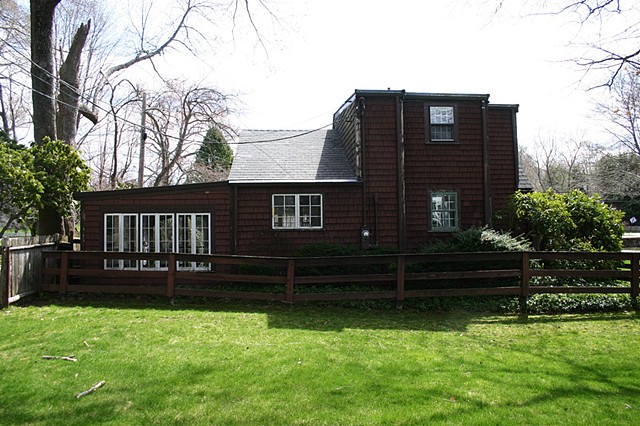